“Think of it as a compass for human prosperity in the 21st Century.”, Kate Raworth

Self-described as a “renegade economist”, Kate Raworth rejects the neoliberal idea that economics is a ‘value free’ science.  In fact, focusing on GDP as a measure of a nation’s strength ignores untold serious issues facing modern economies.  As an economics student at Oxford, she was frustrated that there were no courses focusing on the economics of social justice or the environment.  Instead, Raworth immersed herself in real-world economics working with international organizations whose concerns she shared.

Inspired by these experiences, she became convinced of the necessity of rewriting economic theory so that it could be used to address our most pressing global challenges.  By envisioning her theory as a doughnut, Raworth argues that a country’s ability to ‘thrive’ should replace public policy maker’s goals of never-ending GDP growth. 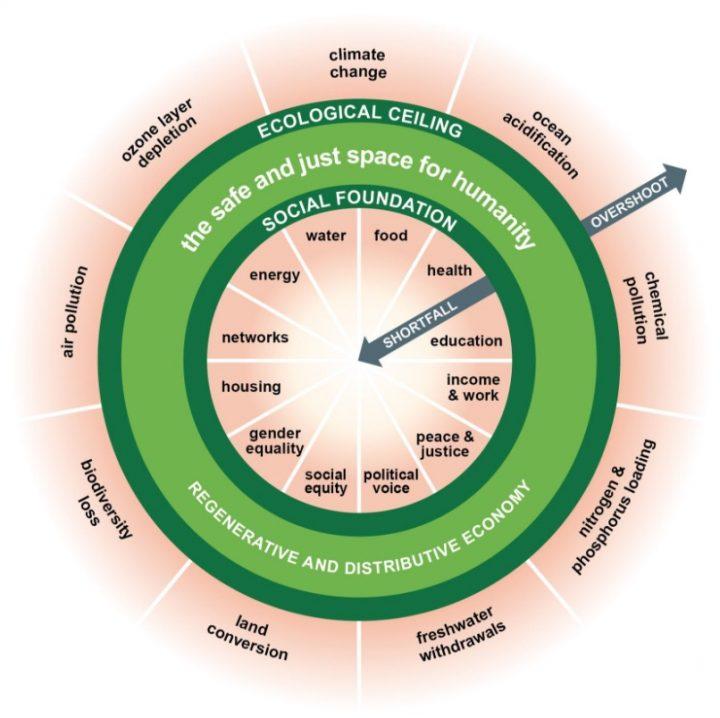 ← My Journey to Nonviolence
Ally Spotlight: Margaret Hermes, Missouri Coalition for the Environment →

One Comment on ““Think of it as a compass for human prosperity in the 21st Century.”, Kate Raworth”